The History and Rules of the Challenge Coin

The challenge coin is something very symbolic and meaningful.

If you’re already familiar with Challenge Coins, you understand how symbolic and meaningful they are. Their history and the rules for giving and receiving them is very intriguing. Whether new or in review, please read on to learn more!

The Purpose and Appearance of a Challenge Coin

Many traditions have helped to build camaraderie among military personnel over the years. However, carrying challenge coins is one of the most well-respected ones. And today, they aren’t restricted to the military.

Challenge coins are essentially small tokens or medallions that signify that people are members of certain organizations.

The diameters of challenge coins are usually between 1.5 and 2 inches, and these coins are typically around 1/10 inch thick. However, their sizes and styles vary greatly. Some may even take the shapes of dog tags, arrowheads, pentagons, and shields.

Challenge coins are usually made of nickel, copper or pewter and feature various finishes. Some feature simple designs, whereas others have more elaborate designs and highlights.

It’s not completely clear exactly where and why the challenge coin tradition began. However, we do know that military service and coins go back much farther than the modern age — possibly as far back as Ancient Rome.

In Rome, if soldiers excelled in battle one day, they would receive their typical day’s wages along with a separate bonus coin each. According to some accounts, these bonus coins were specially minted, featuring the marks of the legions from which they came. As a result, some soldiers apparently kept their coins as mementos, instead of spending them on wine and women.

These types of coins are still handed out today to reward people for jobs well done, particularly in the military. However, some administrators treat them much like autographs and business cards that they can store in their own collections.

Some soldiers still use challenge coins today as identification badges proving that they served in certain units. Meanwhile, other challenge coins are distributed to the civilian population for publicity purposes or are sold as fundraising tools.

Another well-known story about the emergence of the challenge coin dates back to the First World War. At that time, a wealthy officer gave his men bronze medallions featuring the insignia of their flying squadron. Not long after that, a young flying ace was shot down and captured.

Germans are said to have removed everything from the ace’s person except for a pouch he was wearing — one that held his medallion. After he escaped to France, he was sentenced to die, as the French labeled him a spy. However, the ace presented his medallion as proof of his identity.

Because one of the French soldiers recognized the insignia, France delayed the ace’s execution. After his identity was confirmed, the ace was returned to his flying unit.

Later, holes were drilled in these types of medallions so that military men could place them around the neck rather than inside leather pouches.

So, where exactly does the “challenge” idea come from?

According to some stories, “the challenge” started after the Second World War in Germany. Americans stationed in Germany began to conduct “pfennig checks,” or checks for this low-denomination German coin. If you couldn’t produce a pfennig when someone else called a check, you had to buy the beers.

The pfennig check later evolved to a unit medallion check, with unit members challenging one another by slamming their medallions down on a bar. Any member who lacked his medallion had to purchase drinks for everyone else who had their coins. Meanwhile, if everyone could present a medallion, the challenger was the one who had to buy the drinks.

In addition, to succeed in a challenge, you must have your challenge coin within arm’s length from you. If you don’t, well — tough luck.

Now, naturally, you may refuse to buy drinks for everyone if you end up losing the challenge. Note, however, that this is a detestable crime — one that may require you to return your coin to the agency that issued it to you.

And another thing: Challenge coin checks are allowed anytime and anyplace. So be prepared.

If you receive a challenge coin today, you may receive it via a secret handshake. This isn’t always the case, but it is a tradition upheld by many.

A fully-restored 1926 water motor gong and cover are part of Reliable’s collection in Liberty, SC. Water motor gong covers (the portion visible on exterior of building) produced from this era are extremely rare.

A crest designed for the purpose of the Centennial. Featuring the 1920 Issue ‘A ’ Sprinkler at its center with symbols of honor (laurel branches) and strength (shield).

The N25 ESFR deflector is attractive and one of our most distinctive deflector designs. It is one of our highest-volume sprinklers produced.

Information on history and rules sourced via: https://customchallengecoins.net/history-of-the-challenge-coin/ 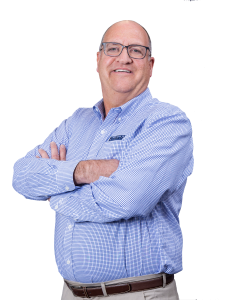 Our sales team will walk you through the best options to keep your project on time and on budget.

This website uses cookies to improve your experience while you navigate through the website. Out of these, the cookies that are categorized as necessary are stored on your browser as they are essential for the working of basic functionalities of the website. We also use third-party cookies that help us analyze and understand how you use this website. These cookies will be stored in your browser only with your consent. You also have the option to opt-out of these cookies. But opting out of some of these cookies may affect your browsing experience.
Necessary Always Enabled
Necessary cookies are absolutely essential for the website to function properly. This category only includes cookies that ensures basic functionalities and security features of the website. These cookies do not store any personal information.
Non-necessary
Any cookies that may not be particularly necessary for the website to function and is used specifically to collect user personal data via analytics, ads, other embedded contents are termed as non-necessary cookies. It is mandatory to procure user consent prior to running these cookies on your website.
SAVE & ACCEPT

You are using an outdated browser. Things may not appear as intended. We recommend updating your browser to the latest version.